The task of astrology, which is always true and always false, is not to define personality but to frame it. Every morning I wake up in the dark, and listen to the sound of silence. In the dark distance may be the drone of a truck, or the cries of a bird. I do not hear them, my ears and brain do that. I am the witness at the doors of perception, who hears darkness, and silence, and emptiness. I enter the experience of being a body here in the umbra, populated here and there by meaning in a sleeping world. I am the joy of country’s creation in my mind. It is what I don’t hear which frames itself, and my hearing, and me. Astrology is like the cries of birds in nocturnal country.

Country is an imaginary map of intersectionality, superimposing on the landscape of finitude an interplay of cardinal powers, law and ceremony, language and ethnicity, which leaves the centre free to be inhabited by the spirit. It represents the will to be, the need for recognition, and the silent well of resilient kindness at the heart of duty in the everyday prison of everyone’s expectations. It is known as ‘my space’, notoriously hard to find, not only for being unmapped in most cases, but also because your space is an invasion of mine. My speech repels your silence; your resentment is a betrayal of our relativity. 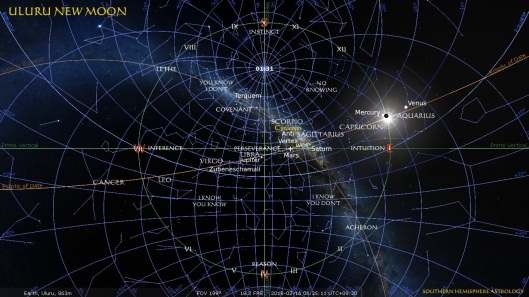 Country has a bewildering array of layers then, in a multicultural society, made more profuse, not less, by the dissolution of social ‘facts’ like masculinity and femininity, authority and sovereignty, truth and habit, beauty and objectification. The assumption is that beneath the layers of rules for what not to do or think there can be a bedrock of meaning, but this is not so. My space, my country, stripped to the bone of its culture, is empty, and emptiness cannot be shared. Two worlds: speech, the ceremonies of relationship; and the subjectivity of death, the spirit. The cardinal directions towards and away from the noonday heat of the sun represent in the nexus of reason and instinct the defeat of death by dream, as the sunrise-sunset nexus of intuition and inference represent death’s defeat by language. 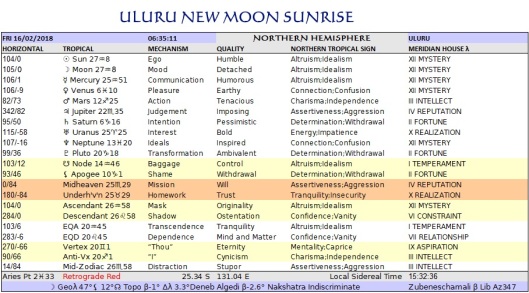 Relativity is not merely the obvious connection of everything to everything else in space and time, but the existence of everything only in relation. Not only the individuals who have migrated to ‘Australia’, but their cultures and religions, including tropical astrology, have jostled to impose new layers on country, but in essence the aboriginal meanings themselves were layers, layers of ceremony, layers of story, layers of language, upon what cannot be ignored and yet cannot be spoken, the emptiness of relativity, of ‘my space’. Can you see altruism anywhere? It is absurd to think Europeans could believe they could stamp their seasons on this mysterious continent, but that’s what they did. They brought ‘my space’ with them. 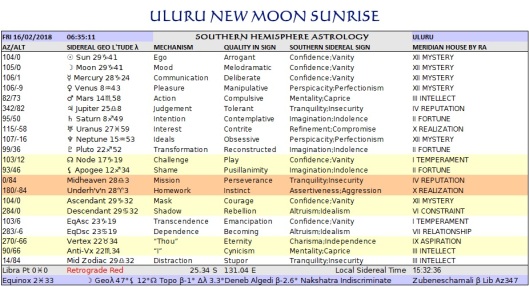 Since the birth of language, the vehicle for all cultural meaning and impact, we have tried to govern, and not be governed by, two competing forces, greed and fear. And all the while, lurking beneath the layers of culture, there has been art, the glimpses of the primary layer, the mortal view, framed by eyelashes, greedy for ever more elaborate masks of fear, fraught, ambiguous, taboo. Would conflict and victimhood have been avoided if everyone lived in empty country? Impossible! Children require parents who share a language and a culture, layers on country. But would the world be a better place for comprising true country beneath its layers, the vista of a world looking in through a fringe of eyelashes, the rising sea-level of death lapping at the beaches of memory and story? Perhaps. 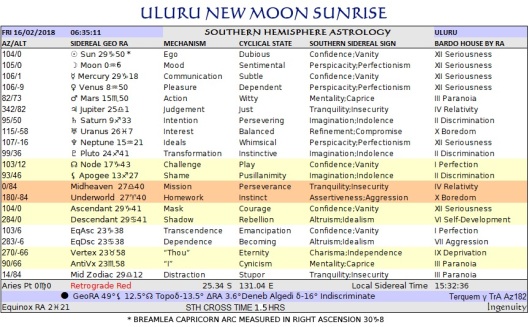 What truth will remain after my death? This question holds many ambiguities. Am I grasping for absolute truth, or personal truth situated in a cultural sharing, or am I already absenting myself in a matrix of emergent doubt? Is there an I? ‘I’ formed within a fifties hit parade of love songs. Love comes close to enfolding me in the eternal, but only as an idea. In practice, those I have loving relationships with love me back in ways I seldom understand, for the lyrics they liked are so different. My love will not survive my death, nor will ‘thou’, if my love is not thy love. How could it, when it emanates from country? 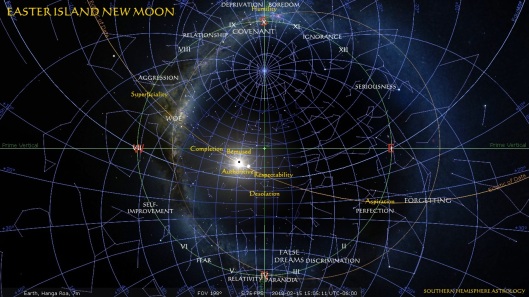 When I awake from my siesta, I find myself amid a profusion of artefacts, each a fantasy of completion, a cry to eternity, a semblance of permanence, and all the trees are cynically felled in the mechanics of installation. When you’re young, finitude hits you like a ton of bricks. I was seventeen, in my second year of university, my family asleep throughout the house, when I discovered the immensity of the universe, and the status of emptiness in it. It took some years to cultivate an antidote. Each of us has adopted the habit of being a saint, a poet or a fool, imposing on country an overlay, a template, of bog, labyrinth or tower, our strategy for understanding now in context. Are we alienated from a present created by the past, right in a wrong world? Is the future our opportunity to update the past to accommodate new interpretations of the law, to add our contribution to the sum of human knowledge? Is the experience of now dissolved in a playful ambiguity of past and future which makes even breathing a creative enterprise and absolves us from responsibility by revealing the emptiness of all form? 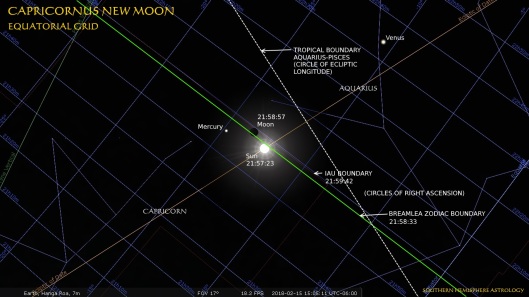 The New Moon is framed by convention along the plane of Earth’s revolution around the Sun. It is a prediction of mathematical models evolved over thousands of years. It is never visible against the backdrop of the stars, although it is there, behind its eyelashes, a bird calling in the dark.