Some time between the Stone Age and the Bronze Age, while the peoples of the Mediterranean were cobbling together myth and asterism and time as eventual attributes of a religion of connection, the tradition grew that a small triangle of rather dim stars a little more than a handspan east of the Milky Way resembled a goat, and as Capricorn (Goat Horn), it was the right place for the Sea-Goat to inhabit, eternally watching over the children destiny doomed him to lose. 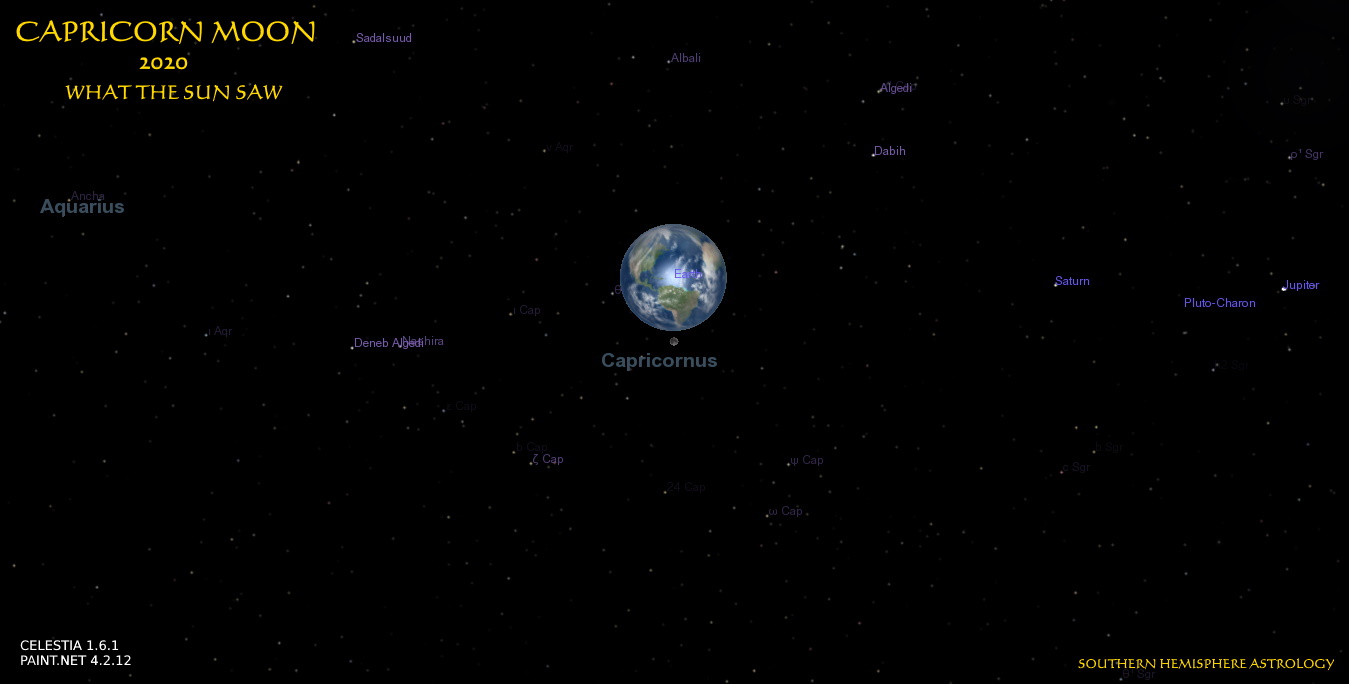 By now, the Moon is aware of being meat in the sandwich of science and superstition, and by increasingly presenting his own perspective, is attempting progressively to emancipate himself from the prejudices and preoccupations of earthly folk-history. Nevertheless, he cannot evade the path to meaning indicated for him by the witches’ hats of the Sun-goddess, despite the senseless complexity of their pattern—she is primarily responsible for magnifying the Sea-Goat’s loss by uncoupling his constellation from the seasons, and reducing him to undeserving obscurity. It is beyond belief that the Moon might ever evolve back into a rock, so how does the Drone know when to fly, and in what direction? He follows human practice, of course, and devotes himself to his Thou! 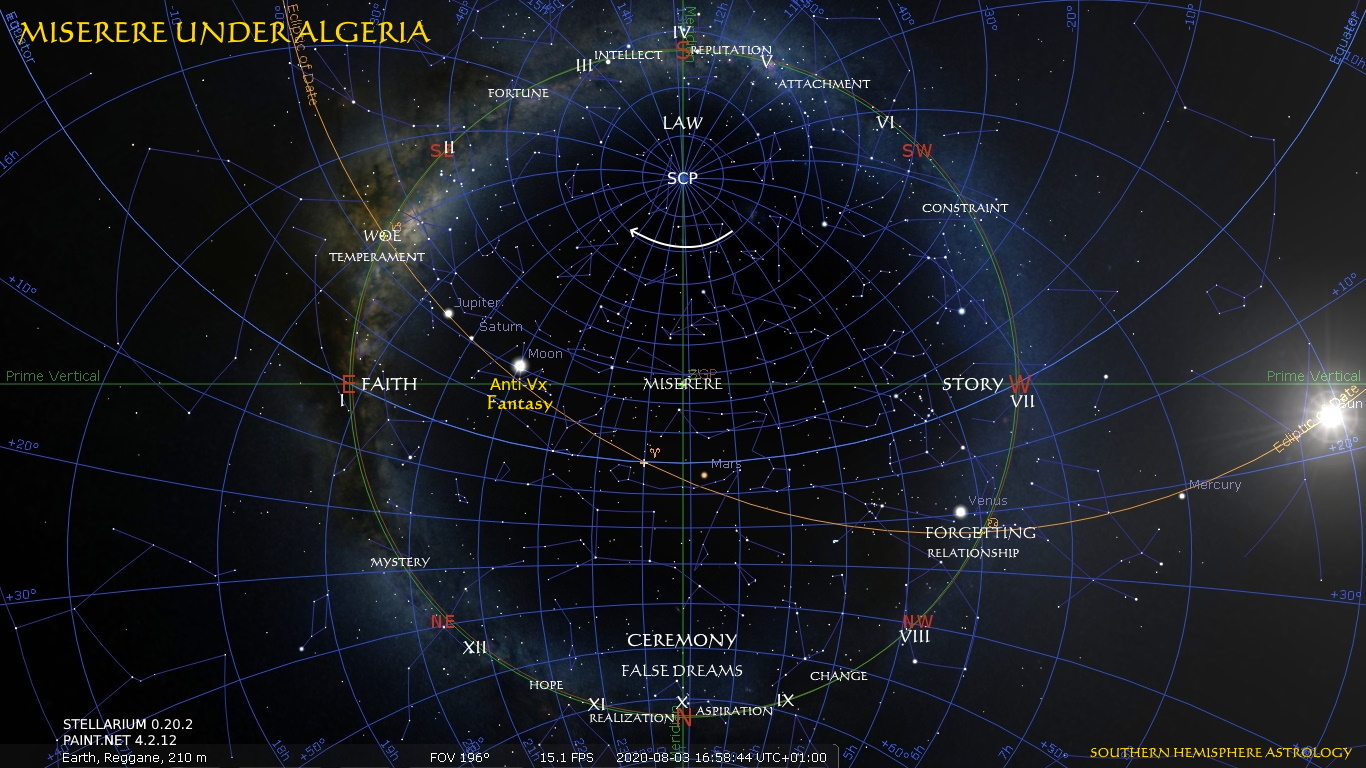 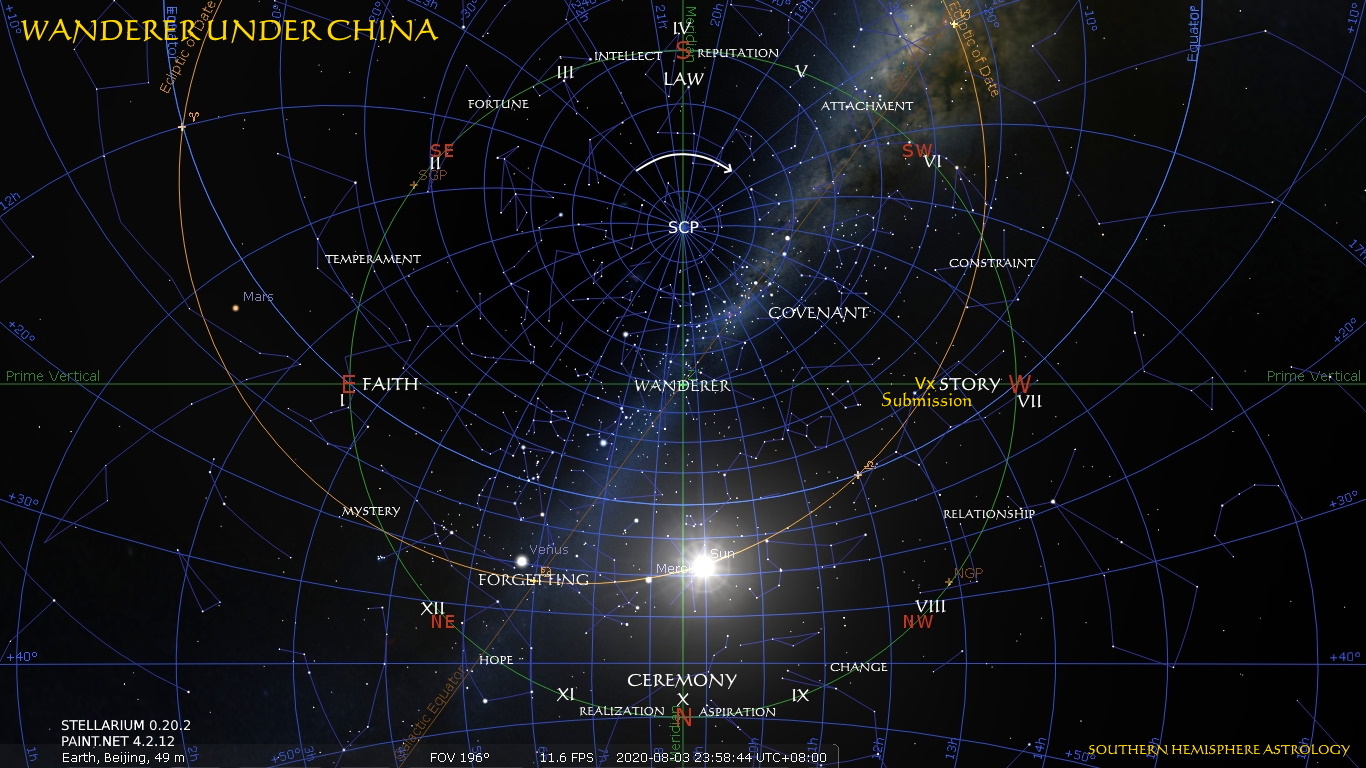 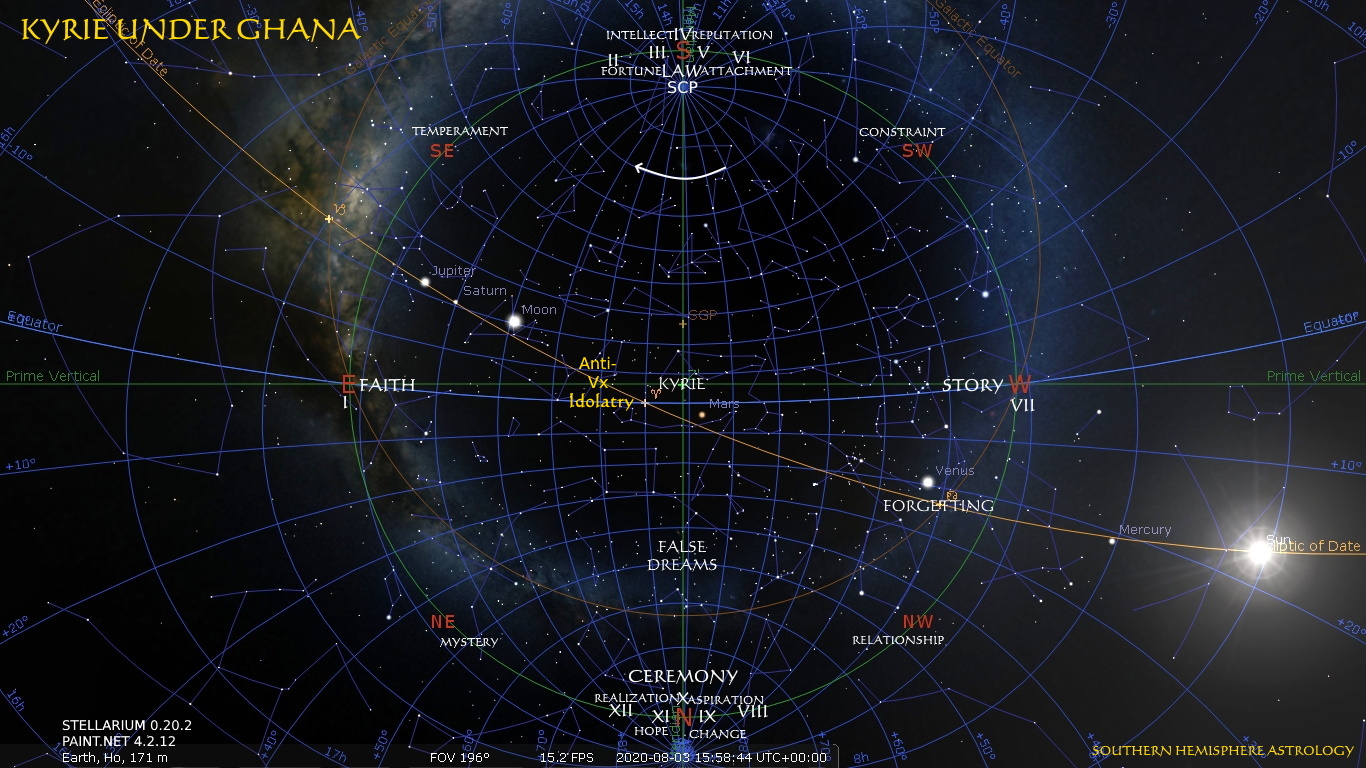 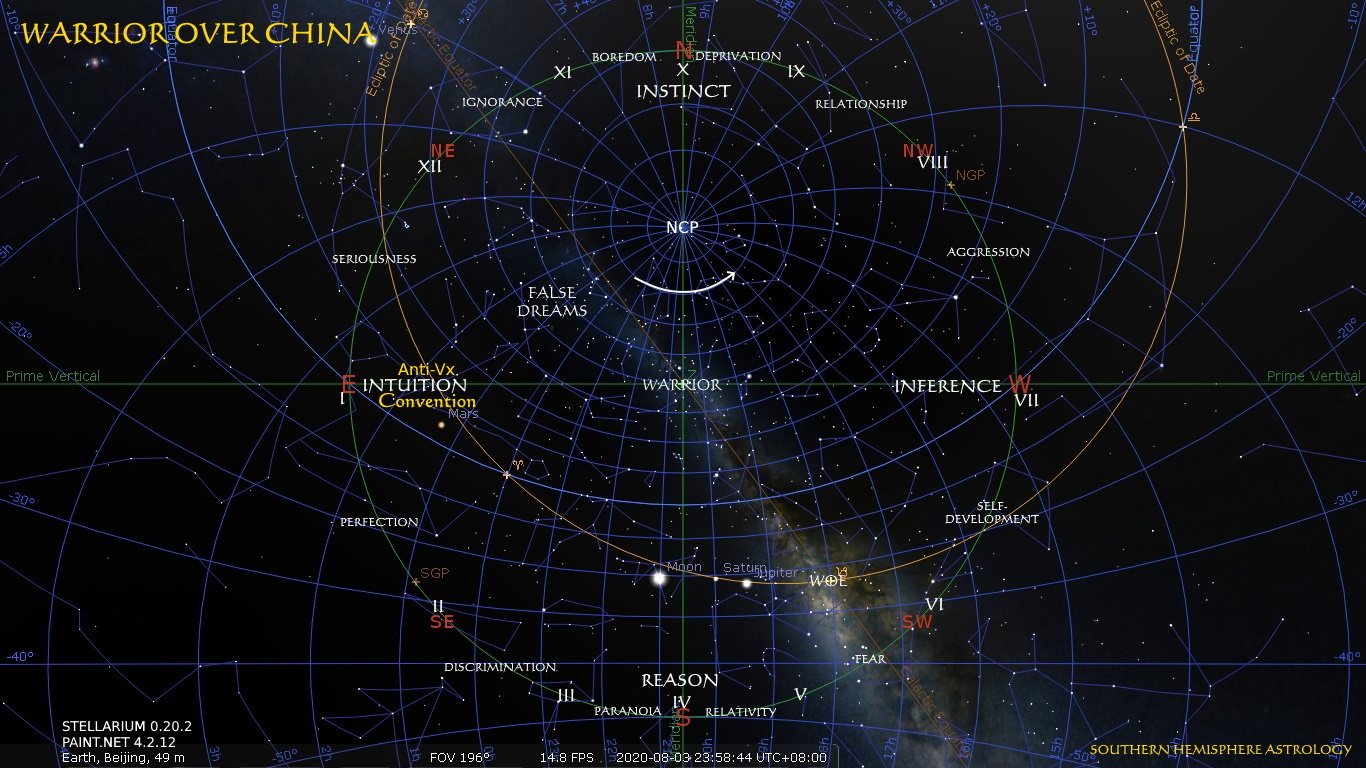 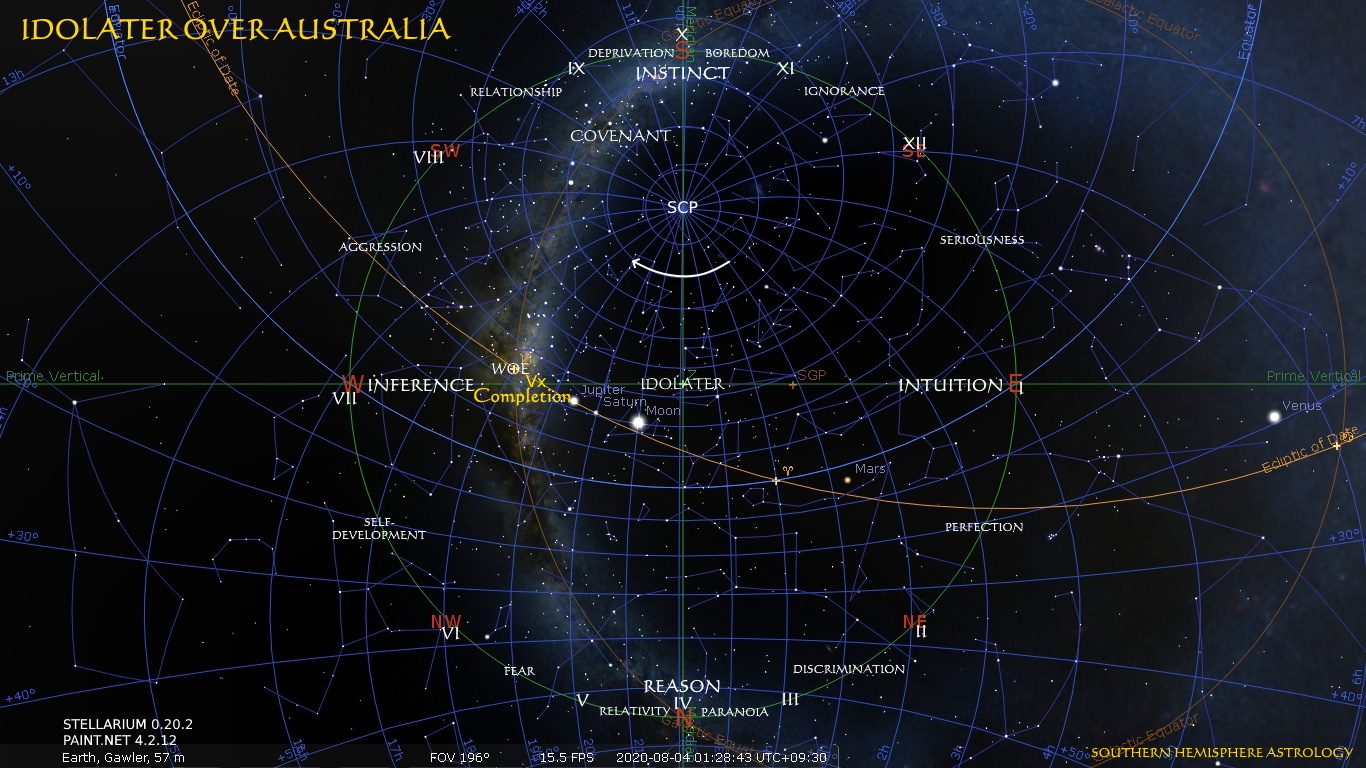 No wonder the Drone is so seldom successful in finding a subject for his devotion!

But wait! Driven by loss, the Drone will inevitably find the Vertex in the Eighth House, even should the wind-blown recipient of his devotion there have no hope of perpetuating her hive. Here it is, in the middle of the ocean, and neither seasons nor Milky Way could guide him, only the mythical cry of the Sea-Goat. 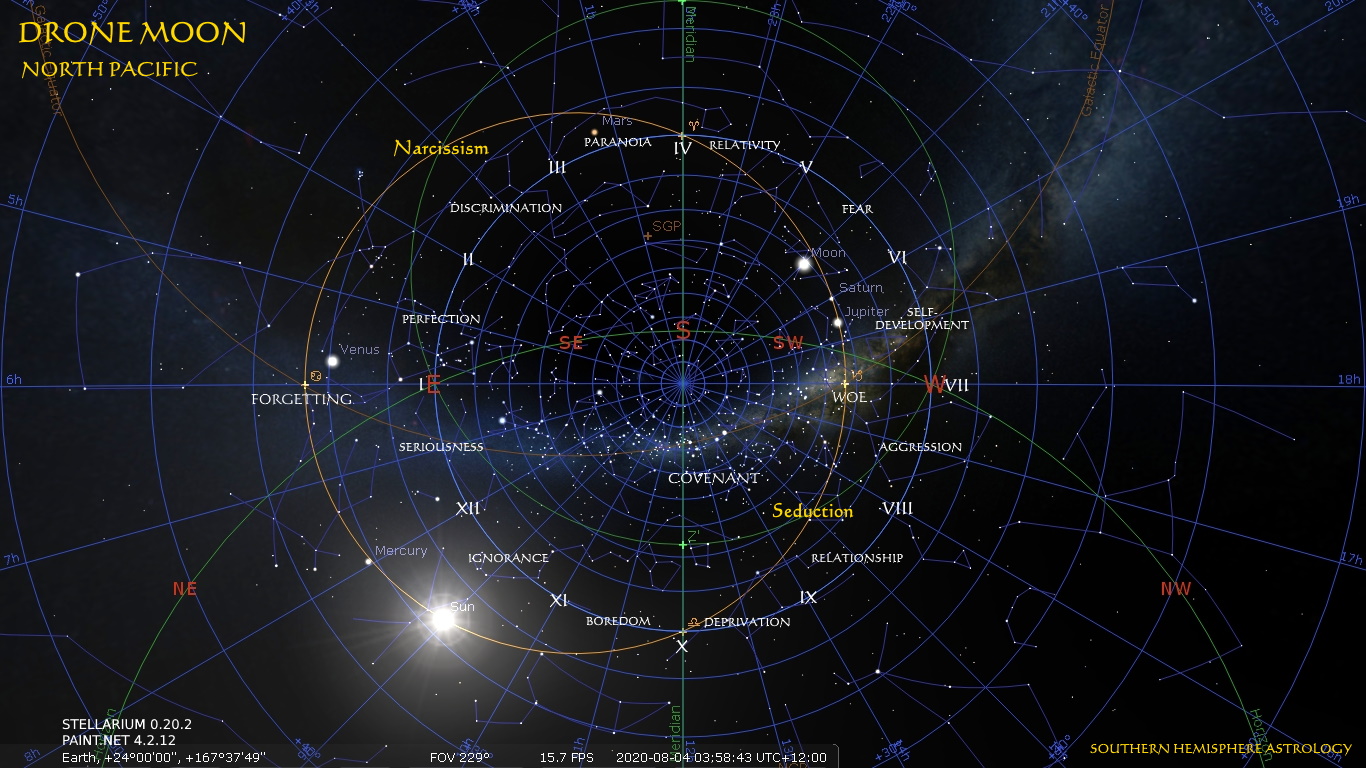 Are-you-there-for-me? It is an interesting question—at a very busy intersection of hotly contested terms which endanger the life of anyone crossing against the lights—which is answered in the affirmative, not without trepidation, and in a voice barely audible and without echo, by the Drone.