I have dreamed thee too long,
Never seen thee or touched thee.
But known thee with all of my heart.
Half a prayer, half a song,
Thou hast always been with me,
Though we have been always apart. 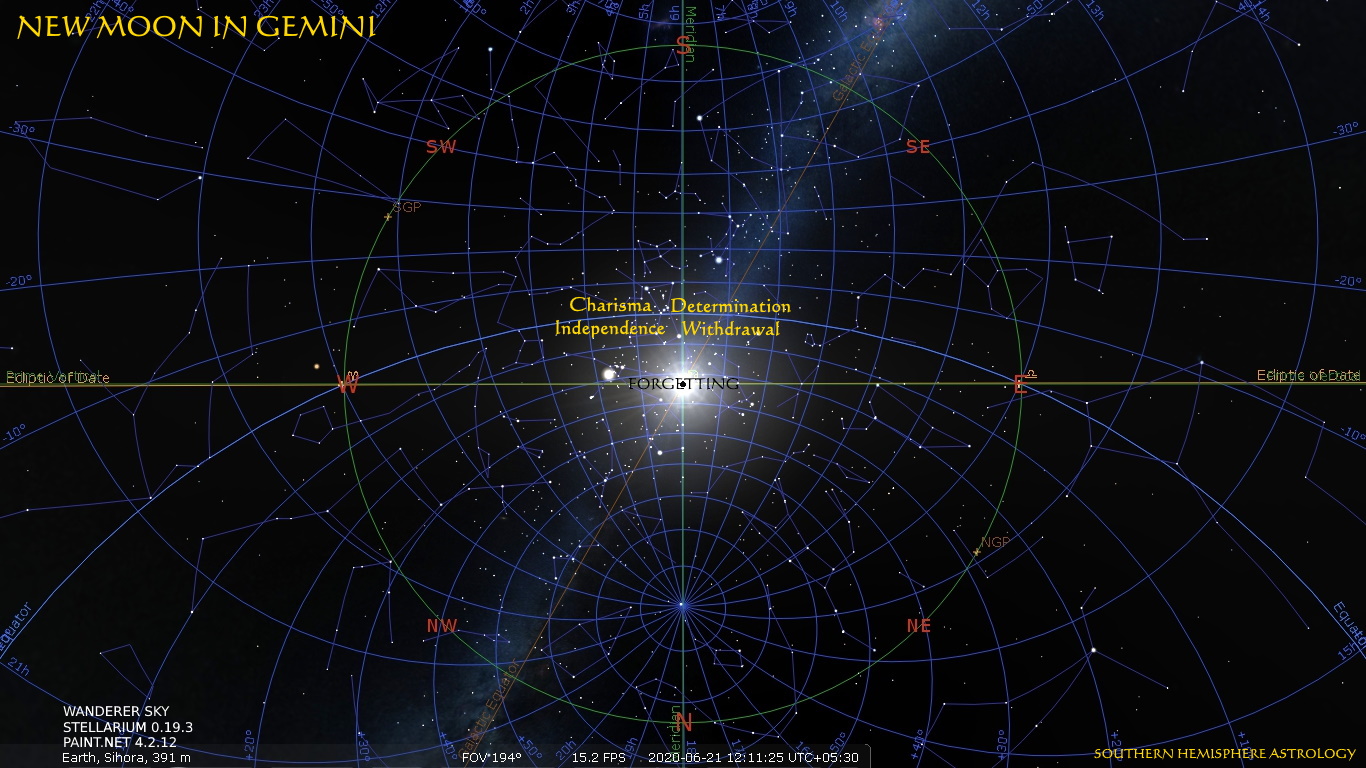 If there is one injunction we don’t need in the maw of pestilence, it is, ‘Get serious’, for the meaning of life is no longer a buffoon’s number but a lack, a very disconcerting lack, lingering amongst the precious things we always took for granted and may never have again, like a tender embrace, an infant’s confided insight, the soaring spirit of an orchestra, and a blush on the cheeks of numbness. 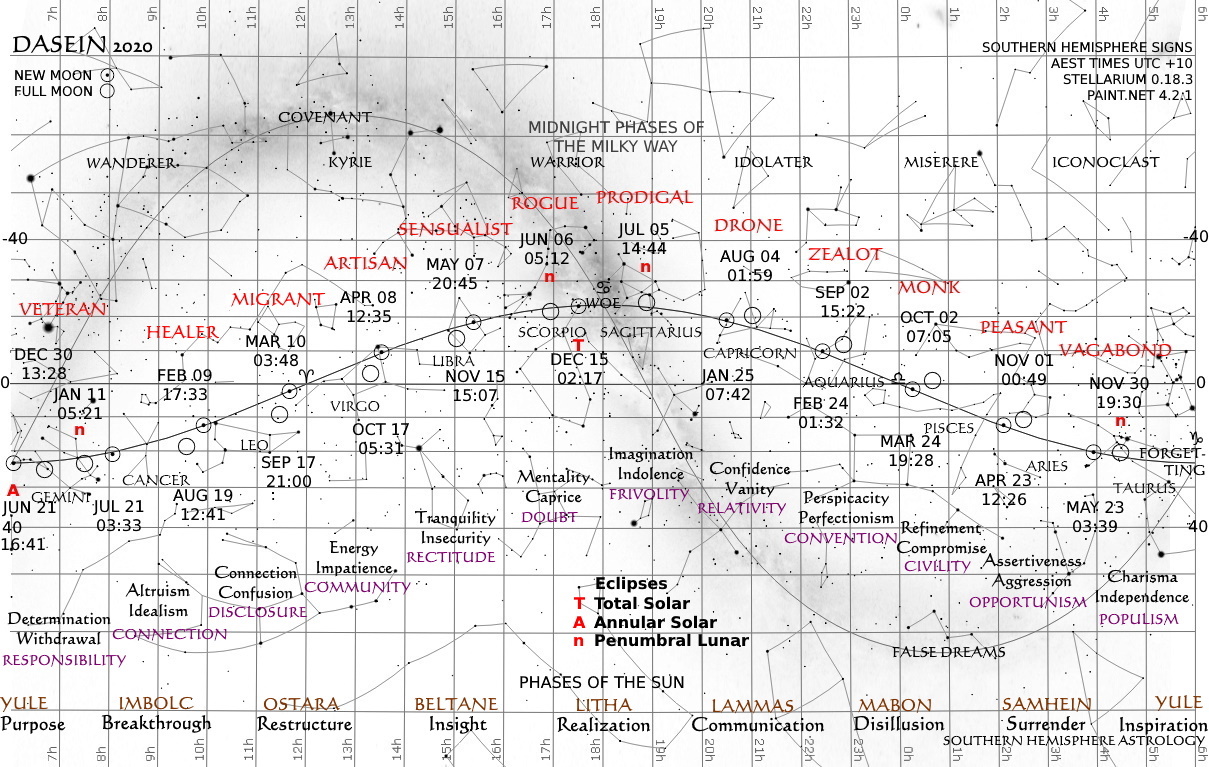 Yes, every nineteen years of our lifetime, 1925, 1944, 1963, 1982, 2001, and right now, the New Moon has joined with the Sun at June Solstice to cross the Lethe, where exhausted extremism loses itself and we can rebuild country—the village that un-cancels, rescues and raises the child—as sanctuary, in Schiller’s immortal words from the Ode To Joy: 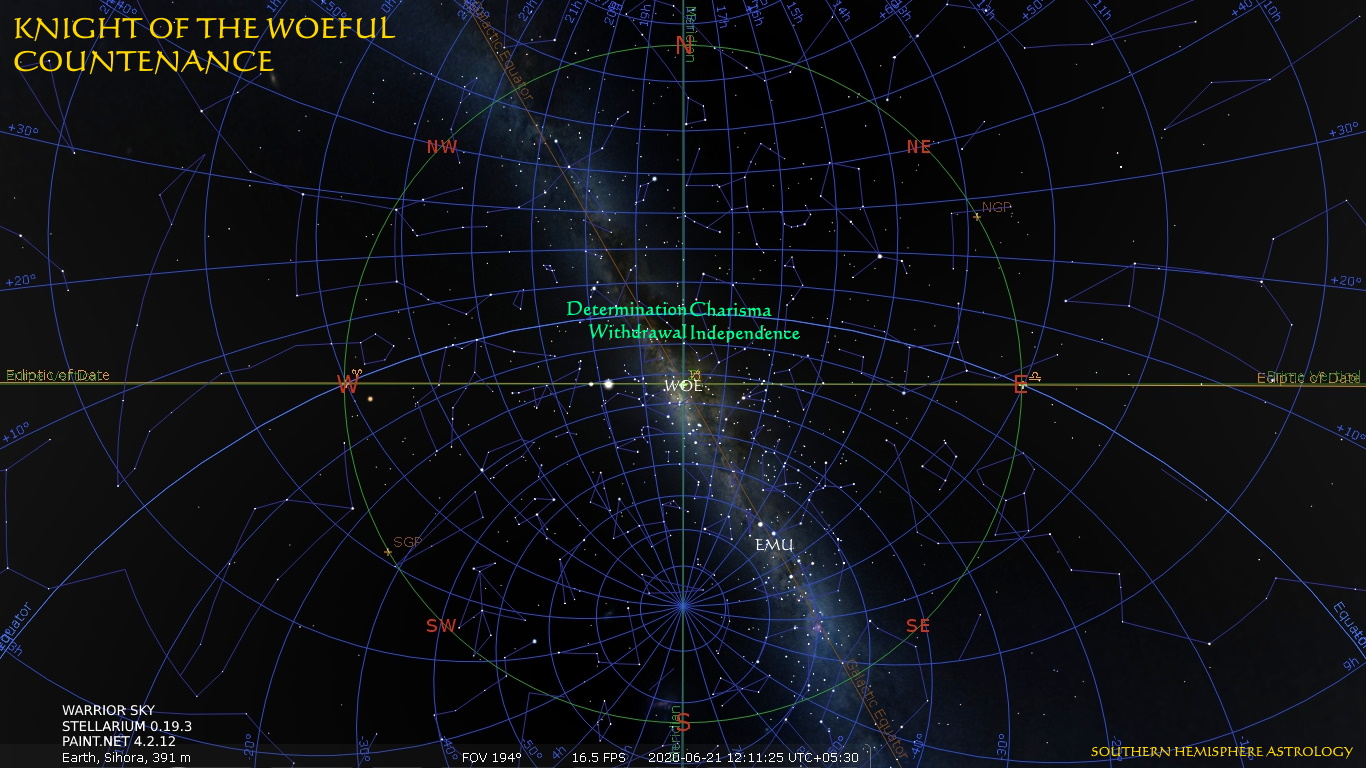 The attributes of the stars, the configurations of your unconscious inheritance, the paleolithic sky, and the evolution of the idea of ‘space’ beyond representations of zodiac and underworld, are the sidings and stations your journey has passed through in your dreams, in the middle of the night, where sanctuary is eternally denied the enclosed heart:

“Whoever has succeeded in the great attempt,
To be a friend’s friend,
Whoever has won a lovely woman,
Add his to the jubilation!
Yes, and also whoever has just one soul
To call his own in this world!
And he who never managed it should slink
Weeping from this union!” Schiller. 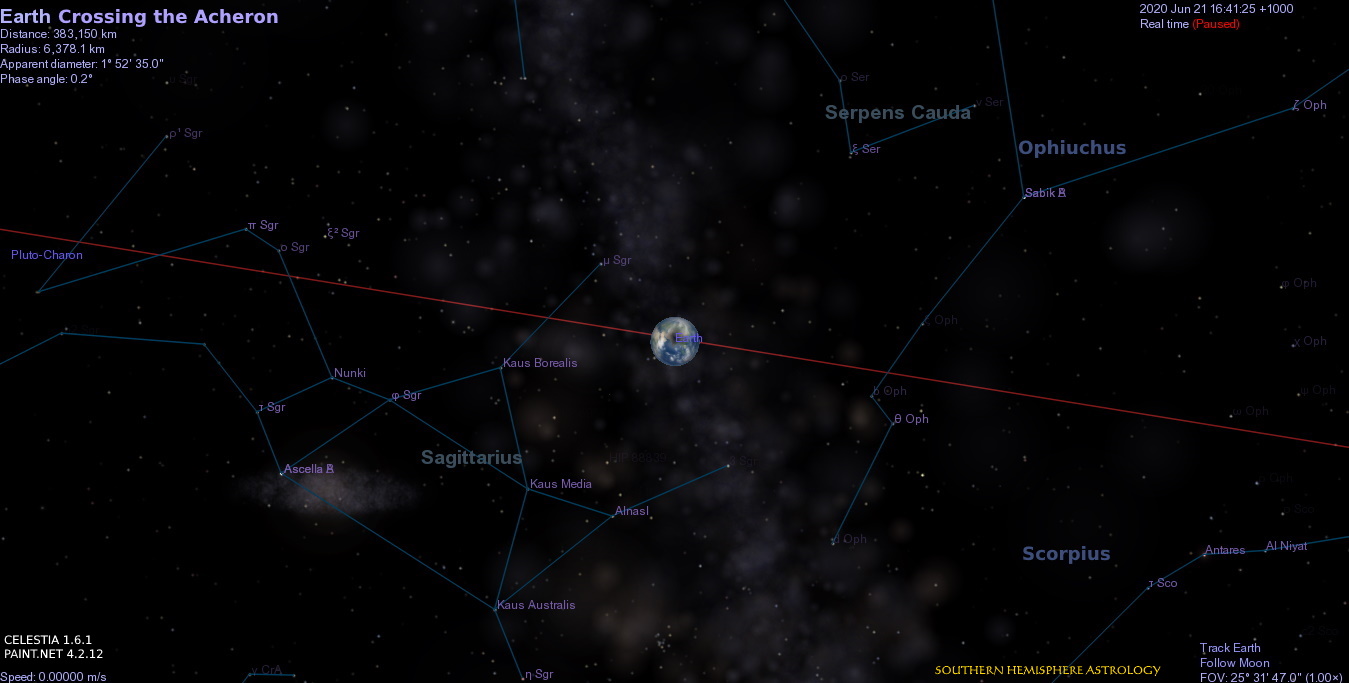 When you notice from your window the rows of plantings which radiate in all directions in perfectly straight lines, I know you don’t know how it was done, but do you wonder if there is a station around here you might get a ticket back to one day? So many stations on the Mindfulness Line! Perhaps it is senseless to conjecture attributes for the stars. Perhaps journeys are hallucinations, or absent-mindedly drumming fingers on a pin-striped knee, resonating on a commute like the reverse motion of a picket fence.

Onward, across the Lethe! You may not see eye to eye with Heidegger, but I think we can all agree that responsibility is a pretty basic step forward to remembering oneself. As they say, there’s no time like the present. Is there, Aldonza?