“After all, what is identity but the slow, lifelong accretion of gazes: us looking at ourselves being looked at by others? What we see is, largely, what they see, or what we think they see. And when they turn away, when we become unseen, in a way we cease to be.” Elitsa Dermendzhiyska. 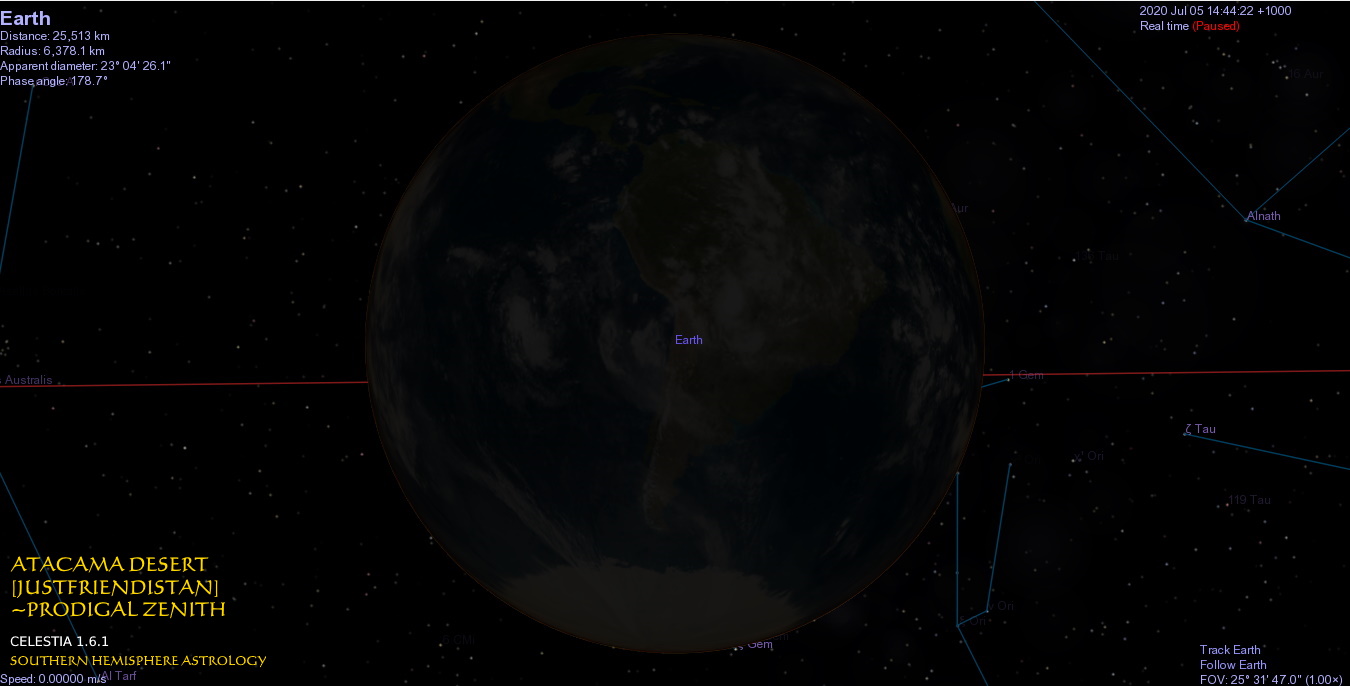 “Thus conscience does make cowards of us all;
And thus the native hue of resolution
Is sicklied o’er with the pale cast of thought;
And enterprises of great pith and moment,
With this regard, their currents turn awry,
And lose the name of action.” Hamlet, III, i.

“He who fights with monsters should be careful lest he thereby become a monster. And if thou gaze long into an abyss, the abyss will also gaze into thee.” Nietzsche, Beyond Good And Evil, IV, §146, trans. Helen Zimmern. 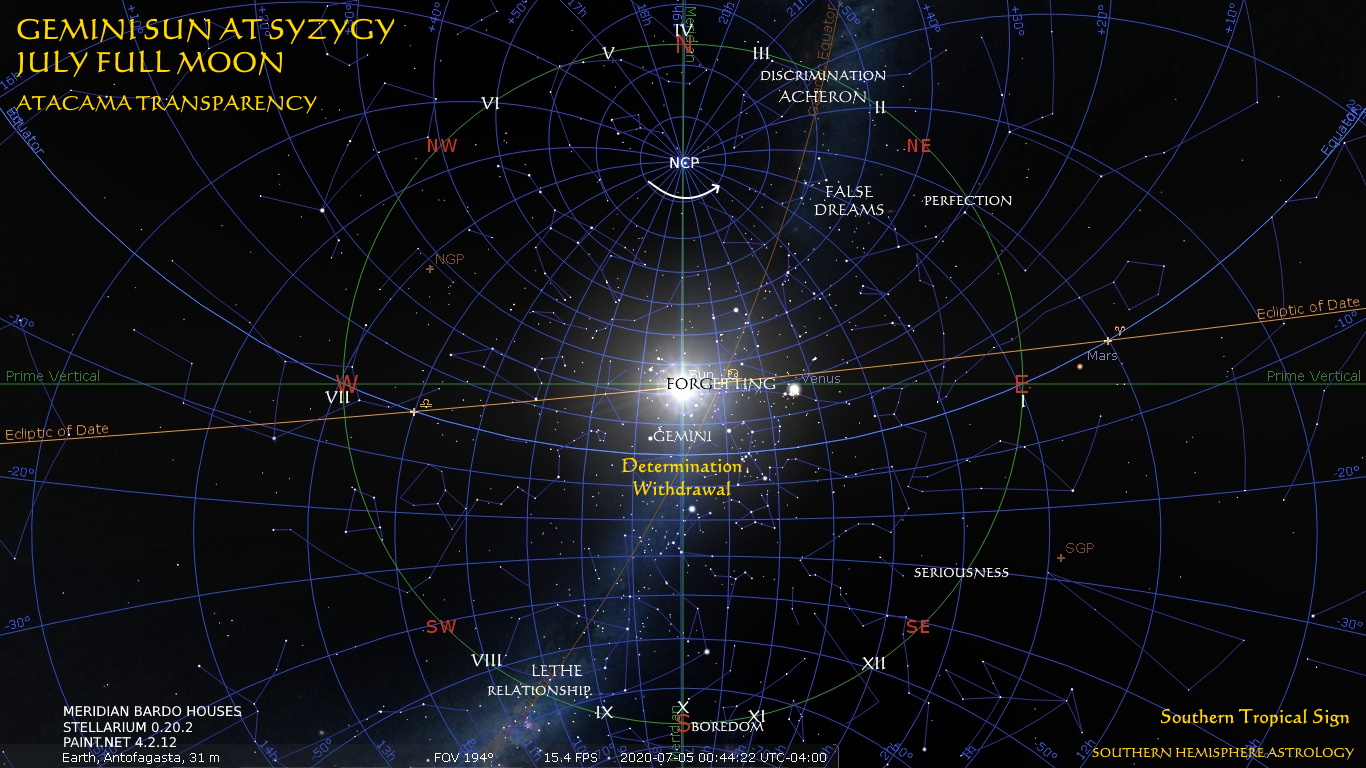 That the Sun is in the Constellation Gemini, the Northern Sign Cancer and the Southern Sign Capricorn is of interest, but not arrestingly so. Nor is it of vital concern whether the primal force of earthly existence is female or male—we choose whichever we like—although it has amused us to plot the rhythm of the Moon’s phases as locked in a striving to escape a primordial envy of female power. It is the dynamism of Opposition which now resonates with the strongest signal, not only because the Signs and genders of Sun and Moon are interchangeable at Opposition, but because of the influence we have imputed to the Milky Way and the crossing of its rivers of the Underworld.

From the Lethe we dry off our responsibility; from responsibility we clothe care; care gives rise to anxiety; from anxiety comes being-toward-death in the effort to maintain buoyancy, the meaning of who we might be, as we flail across the Acheron to do quixotic battle with the denial of authenticity. And this drama is projected into the heavens above and below. Yes, we are made of water; yes, we go to water. The Full Moon of Sagittarius is hidden in the sack of the Sun and Earth in Gemini as a sublimated knot of anger and hurt, a recurrent nightmare, a hard-wired secret, an unexpiated unkindness, a solvent of lust and revenge: the germinating seed of an Elm rattling to be festooned with False Dreams at the gates of Utopia.

Do you identify with Gemini for some reason? Have you ever been recognized as a ‘Gemini’? Do you in fact resemble it? Or have you never seen it? It is visible in the night sky between its heliacal rising in September and setting in May, at the nightfall meridian in March. And it really does look like a pair of twins, or two buddies of either gender or both, or two sides of the same coin, Sun and Moon, North and South, like being a self, and knowing the law, daring and caution, day and night, anima and animus.

Validation, the ghost which haunts the faces of yesterday’s somebodies, reverberates like the reflected reflection of the existential enquiry, ‘What happened?’ You may well have accustomed yourself to the belief that you surpassed your parents, but you know that the back of your head indicates that you need a haircut, and has not surpassed the emperor’s or the prophet’s. Is it possible that lighting merely shaded your followers, your students, even your children? And does the improbably grotesque approbation of the satyr, somewhere between the comic and the tragic, emulate Gemini’s humanity, or merely notch the animal shaft it saves for perfection?